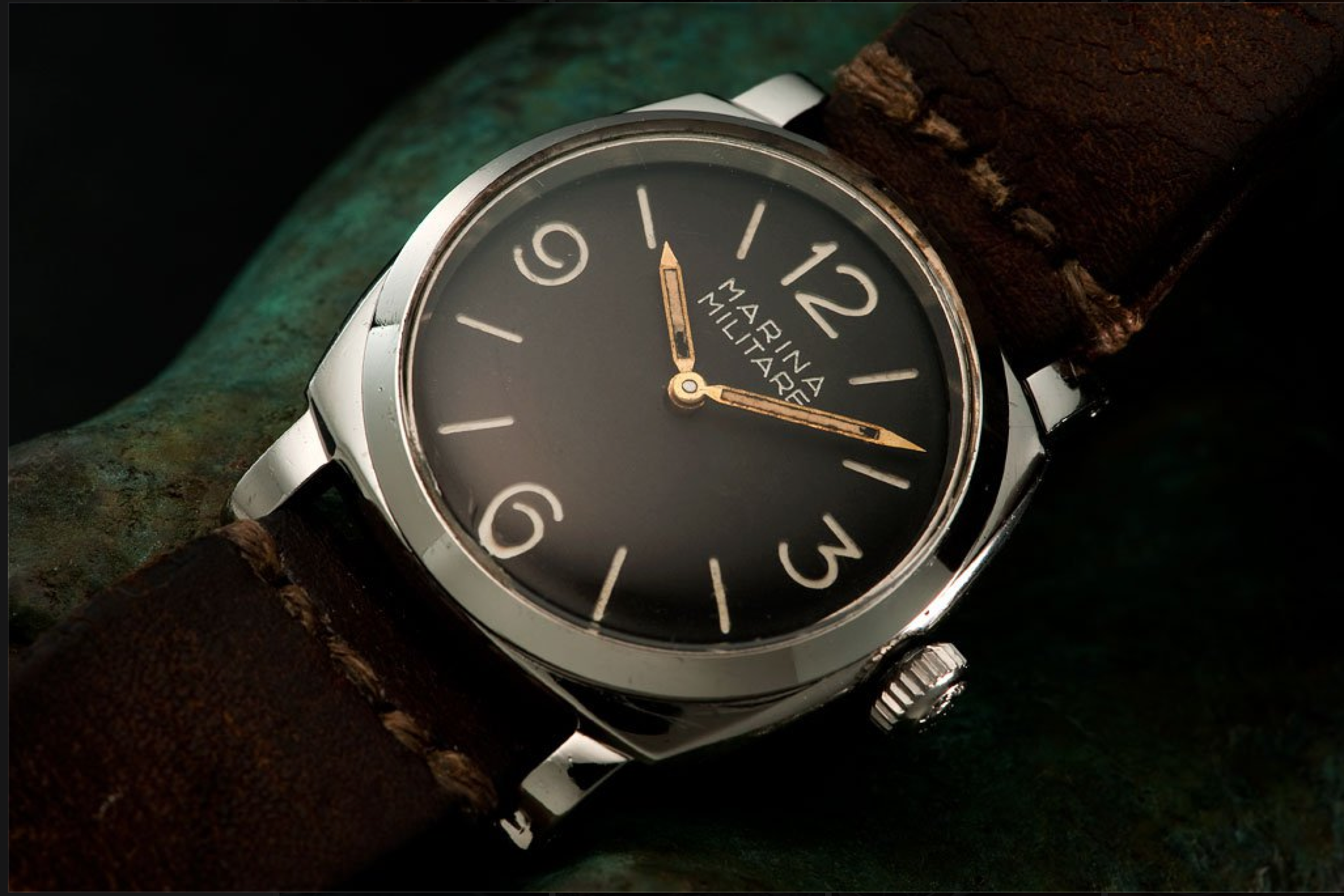 The era vintage Panerai counts from 1936, the year in which the first diving watch prototype, the reference 2533, was presented to the Royal Italian Navy, till 1960’s when the last watches the references 3646, 6152 and 6152-1 were build up with the 8 days Angelus SF 240 calibres. These are the clocks that were only delivered to the Italian Navy, the Italian police divers, the german frogmen and the Egyptian Navy and initially were not directly accessible to a private audience ever.

“Dive in your time”